Here is something to take your mind off of worrying about COVID-19.

There have been several reports this week of what people believe is a three-foot-long Tegu that may have been a pet and now is roaming around South St. Pete.  It has been spotted along the Pinellas bike trail and last night was under a house not too far from Twin Brooks Golf Course, so it is covering a lot of distance, assuming it is the same one each time.

It was under a house last night on Quincy last night, which is one of the side streets close to Twin Brooks.  You can see it getting a drink of water out of a bucket as the critter sits under the house.  Tuesday it was wandering in a garden.  The witness said it was a little more than three feet long.
I am including a closeup of a grown Tagu, which is NOT this one roaming around near us, but to give you an idea of what these things are.  They are not gator-like dangerous but they have a nasty bite and are really fast. 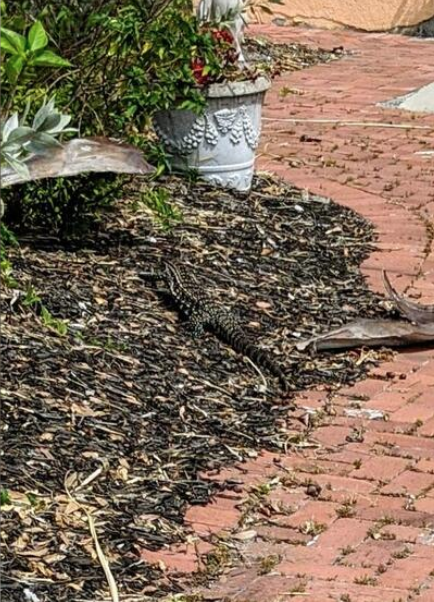 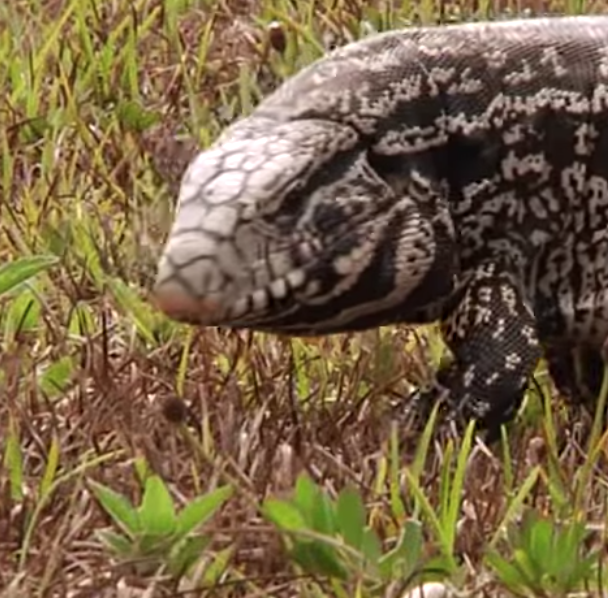